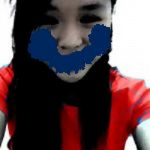 I currently manage this wikia as admin and bureaucrat, through adoption after I saw that this has been abandoned. Shame. Anyway, I just loved Unwind too much and was disappointed when I found this wiki in this state.

'Red' was sixteen when they signed the Unwind order.

Just two years away from safety. She still asks herself "Why?" Why would her parents sign it so suddenly, just when everything was going so well. What could she have done wrong? One moment, she was at the dinner table, eating with her family, the next, she is being ignored by her family during their lazy weekends. Then, on her mother's birthday, she sees it. She was leaving her present on her mom's work desk in her room when she sees the signed order, carefully tucked into the bottom of a pile of folders. It stood out though, it's jet black color different from the brown ones her parents usually kept. That wasn't the first she saw that folder there, anyway. The first was five years ago, when she was eleven and her sister was the same age she was. The same age she had her sent off to be unwound.

She thought that had made sense—her sister had been getting into trouble the year before she was Unwound. Their parents have been fighting about and with her, and their mother had just gotten pregnant. Nine months later, they send her off for her Unwinding. Now thinking about it, they probably decided on it after realizing how much a burden it would be to have a baby boy add to their problems, so they decided to balance things out again by taking out the other burden: their storked daughter.

And she didn't know it back then, but she did now: she was next.

As soon as she found out, she had tried to be the best daughter she could ever be. But, eventually, she gave up; they weren't going to, couldn't, change their minds now. Realizing that... that was when she started panicking.

When she'd told her friends, they've come to her at separate occasions, giving her their sob stories. Others just comforted her, others bid their goodbyes, others stood out, though. There were some who came out as recipients of some Unwind's body parts, some whose siblings have been unwound, one whose brother was recently tithed, some who knew other kids who were also unwound. They tried to reassure her that the brochures and ads were right: that it might be better to be left in a 'divided state'. Screw them, she thought. They weren't the ones to be unwound.

Retrieved from "https://unwind.fandom.com/wiki/User:Rwtia64?oldid=7451"
Community content is available under CC-BY-SA unless otherwise noted.